We apologize in advance for any inconvenience caused.

Our app’s errors associated with the recent iOS development were fixed. Please visit App Store and download the version 1.13. 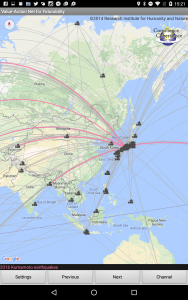 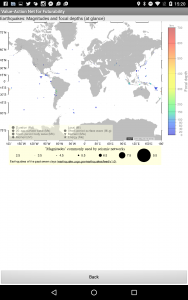 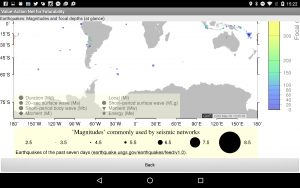 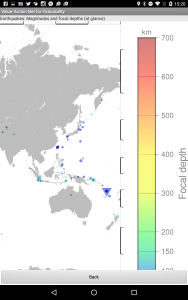 Have a look at the automatically-updated earthquakes map, a sub-channel for “ch059: the 2016 Kumamoto earthquakes” that has been added. Thanks to the USGS’s Earthquakes Hazard Program and the Generic Mapping Tools (GMT),  real-time feeds on earthquake information are available to every user of the Value-Action Net for Futurability.

At this time, the magnitudes and focal depths of earthquakes of the past seven days are visualised on the world map (updated every 2 hours). We’d like to add more practical data to the map upon your request.

I have already written up  several GMT scripts (in conjunction with UNIX shell scripts) and ad hoc App server programmes, hence this scheme should readily be applicable to other sources such as climate data, biodiversity indices, and measures of chemical pollution. 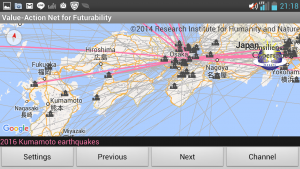 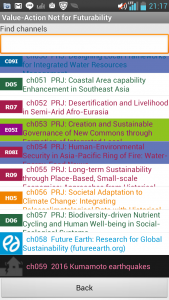 Our app, Value-Action Net for Futurability is back to normal.

We’ll add ad hoc earthquake channels in conjunction with the pre-existing natural disaster channel, due to the ongoing 2016 Kumamoto earthquakes, in a few days’ time. The degree to which SNS works for post-disaster governance needs to be addressed. 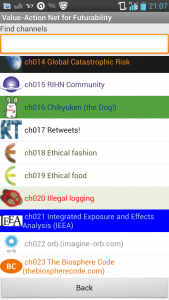 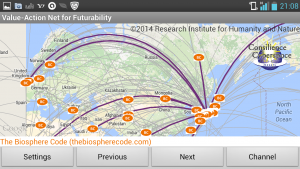 This is to let you know that “the Biosphere Code” channel has just been tentatively added to Value-Action Net for Futurability. We have taken a number of keywords from the manifesto page and some colour conventions from the Biosphere Code. We are hoping that the Biosphere Code team will provide us with a suitable marker/icon of “BC” (preferably at a size of some 40 x 40 pixels) in the near future 🙂

The app will enable app users (among twitter users) to view a potential value-action network around the Biosphere Code, while researchers identify how the network is developed.

Following the development of a new manifesto for algorithms in the environment, “the Biosphere Code”, we will add the term as a new channel to Value-Action Net for Futurability.  Have a look at the official outline and the guardian’s post.

The Biosphere Code is a masterpiece developed by Victor Galaz (Stockholm Resilience Centre, Stockholm University) and his colleagues.  The code appears to entail “systemisation of good conscience” set forth by Harutoshi Fukui in his novel “Mankind Fund” and its associated film “Human Trust (2013)”.

I’ll dig up a number of keywords associated with the Biosphere Code and implement it to our app., in addition to the pre-existing Planetary Boundaries channels.

In the meantime, a major update is to be applied to the app, which will enable users to view each value-action net on  more scientifically-meaningful atlas independent of Google Map. I am to upload a number of cutting-edge scientific maps such as global warming trend and state-of-the-art predictions of PCBs pollution, each of which can be identified as a sub-channel.

P.S. Some errors on our iOS version with respect to the app-twitter interface , have been reported. I have to sort it out ASAP.

Public interests toward ‘Planetary Boundaries’ can be visualised by the app, Value-Action Net for Futurability. The Pie chart of each app user over the channels 4  – 12 displays the relative interests in nine Earth-system processes defined in the Planetary Boundaries framework, i.e., climate change (ch004),  change in biosphere integrity or rate of biodiversity loss (ch005), …., introduction of novel entities or chemical pollution (ch012). 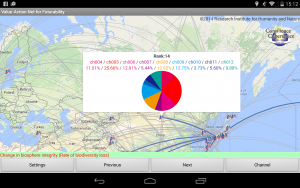 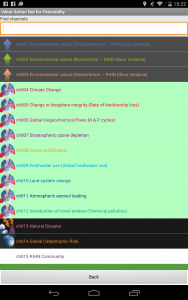 The Planetary Boundaries framework proposed by Rockström et al. (2009) is a kind of new paradigm in the field of global environmental studies. ‘Boundary’ is an ambiguous term. Scientists engaged in meteorology, oceanography, and  other geophysical disciplines conventionally use ‘planetary boundary’ to describe the boundary between solid planet and its atmosphere. Thank to the gravity, we are tapped in this planetary boundary layer, namely “In the Depths of a Gravity Well” (see the Mobile Suit Gundam UC).

BTW, Prof. Johan Rockström is the winner of the 2015 (23rd) International Cosmos Prize that is awarded by the Commemorative Foundation for the International Garden and Greenery Exposition (Expo ’90 Foundation). My boss received an invitation for the award lecture, and we had a chat about the award. We think this is a kind of belated award to Johan who may well deserve a Blue Planet Prize of the Asahi Glass Foundation and more than that.

I met Johan at the Planet Under Pressure 2012, London, and had a chat at the Planetary Boundaries Initiative Reception. We exchanged ideas on chemical pollution planetary boundary (see photos). The Nobel laureate, Elinor Ostrom, was also there, three months before she passed away.

IEEA is an emerging, scientific approach that unites evaluation of the presence of the environmental contaminants and assessment of their potential effects on human and ecological health. IEEA may be a synonym for the integrated risk assessment scheme taken by a RIHN Initiative-based Feasibility Study “Co-Creating Heuristic and Autonomous Risk-Recognition System and Value-Action Networking for Futurability”, but the latter is being extended to subjective recognition of any risks in the Boundary Risk for Humanity and Nature (BRIHN) framework proposed by Baum and Handoh (2014).

“orb” appears to be an Ethereum- or Ripple-like product to be released by as a crypto currency technology venture. The orb logo has been provided by Mr. Masa Nakatsu (CoinPass CEO). Have a look at this and stay tuned! 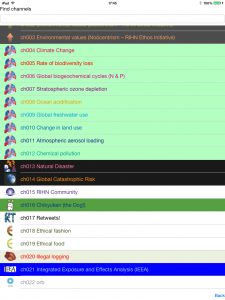 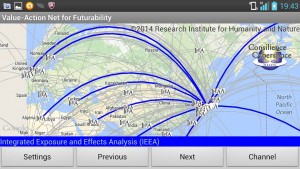 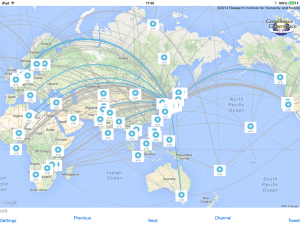 Please use this form to contact question · Contact.
With regard to the content of your inquiry, there is a case to take time to answer.
Please be forewarned.